The Hoa Lo Prison, formally known as Maison Centrale by the French, is located in the heart of the Capital of Vietnam and has been one of the most violent places in Vietnam for a century.The fortress was once a vast colonial-style prison, most of which was torn down in the 1990s.

Nothing prepares you for how creepy Hoa Lo Prison in Hanoi, Vietnam can be. A visit to the “Hanoi Hilton” can inspire sorrow, disgust, and, depending on your politics, different flavors of outrage.

Official records claim inmates numbered in their hundreds although it was not unknown for up to 2,000 prisoners to be crammed into a space reserved for 600 inmates. Around 200-300 inmates were captured American pilots brought to Maison Centrale for interrogation and torture, it was the American prisoners who sarcastically gave the jail its nickname ‘Hanoi Hilton’. 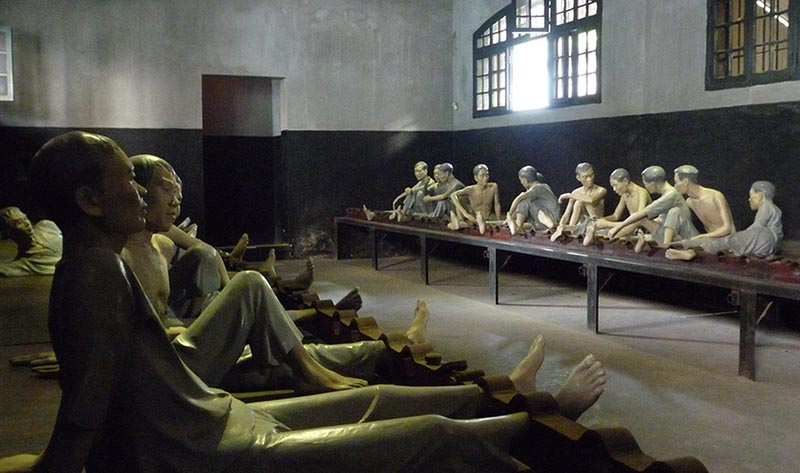 Situated in the centre of Hanoi close to the French Quarter, Maison Centrale was French built for housing Vietnamese political campaigners for independence and was completed in 1913. These campaigners were captured and usually shackled to the floor where they could easily be beaten by guards. Vietnamese prisoners were also executed here by use of a guillotine which today is displayed near the prisons infamous death row. 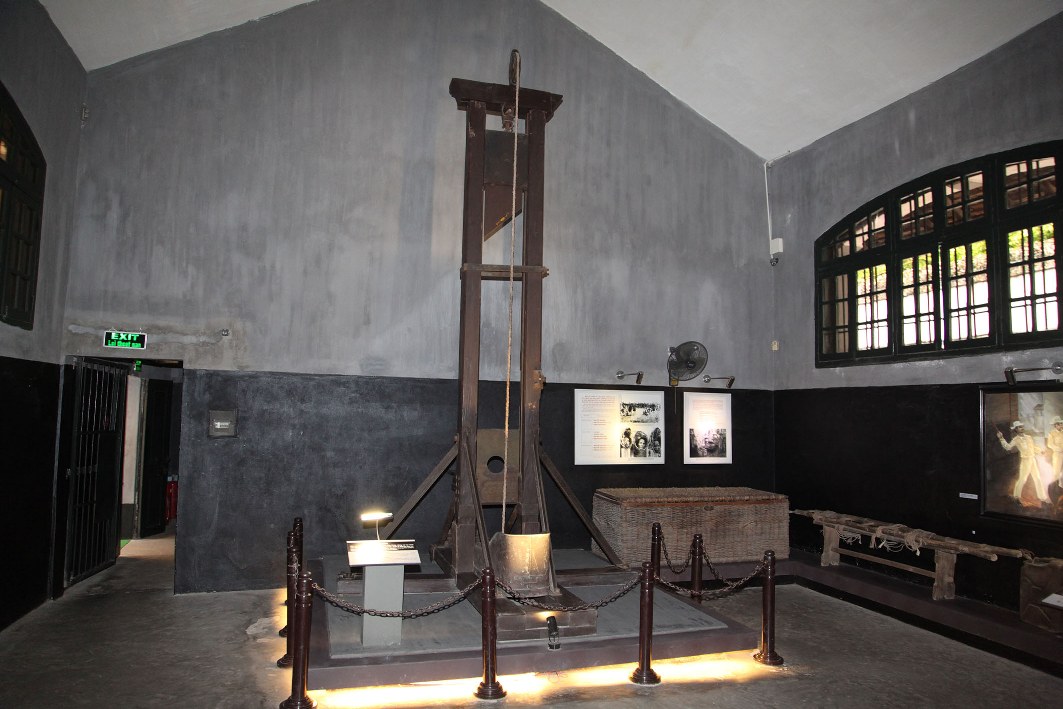 The prison was later used for American POWs, usually pilots caught when their planes went down. Today there is little evidence of the time spent here by the former American inmates although a great deal has been written by the survivors including their experiences in the much feared ‘blue room’. The blue room was used for the interrogation and torture of new prisoners and visitors can still see the room today although there is nothing on display here of the horror stories told by American POW’s which included former American presidential nominee John McCain.

Maison Centrale is accessed via a gate on Hoa Lo Street with the sign Maison Centrale at the entrance. A taxi is the easiest way to get to Hoa Lo prison which is located at the right corner of Hai Ba Trung street on the edge of the French Quarter. 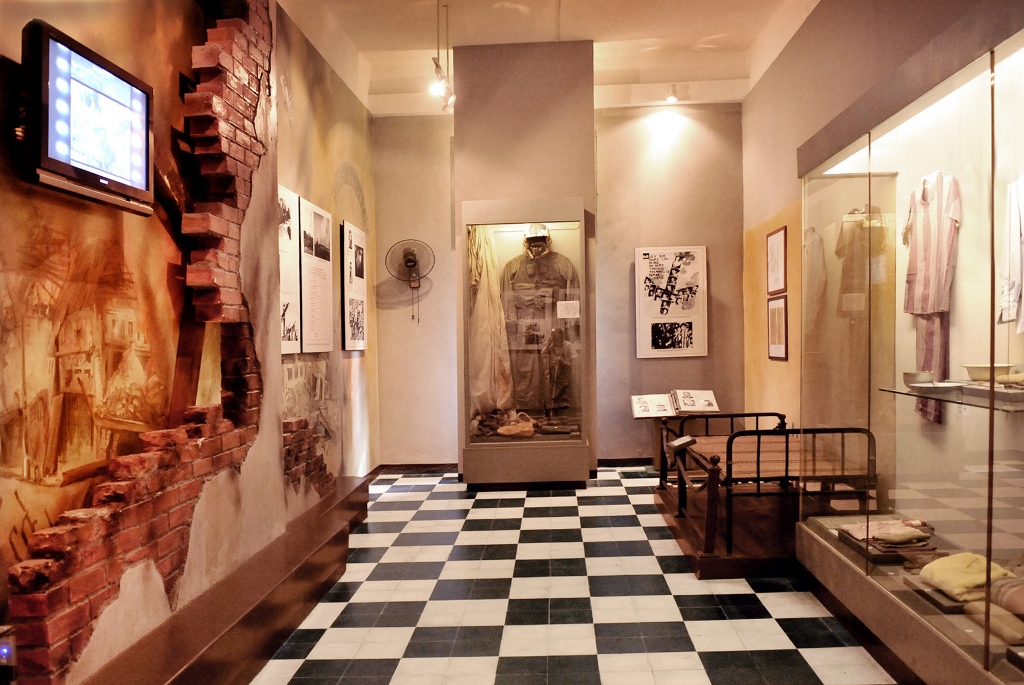