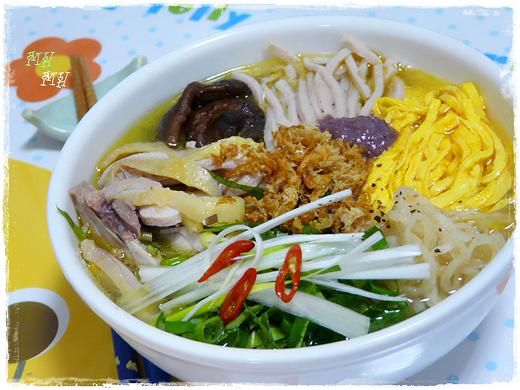 Bún thang (vermicelli with egg, chicken, and pork) is a Hanoi delicacy. Making Bún thang involves a sophisticated consisting of no less than twenty ingredients. The ingredients include things like rau răm (Vietnamese coriander leaves), Eryngium, shredded fried chicken egg, shredded chicken, shredded pork, and white rice vermicelli served in a clear broth. Originally, Lethocerus indicus was added to provide a unique aroma. But nowadays, Lethocerus indicus is not popular so they use artificial  essential oil instead. 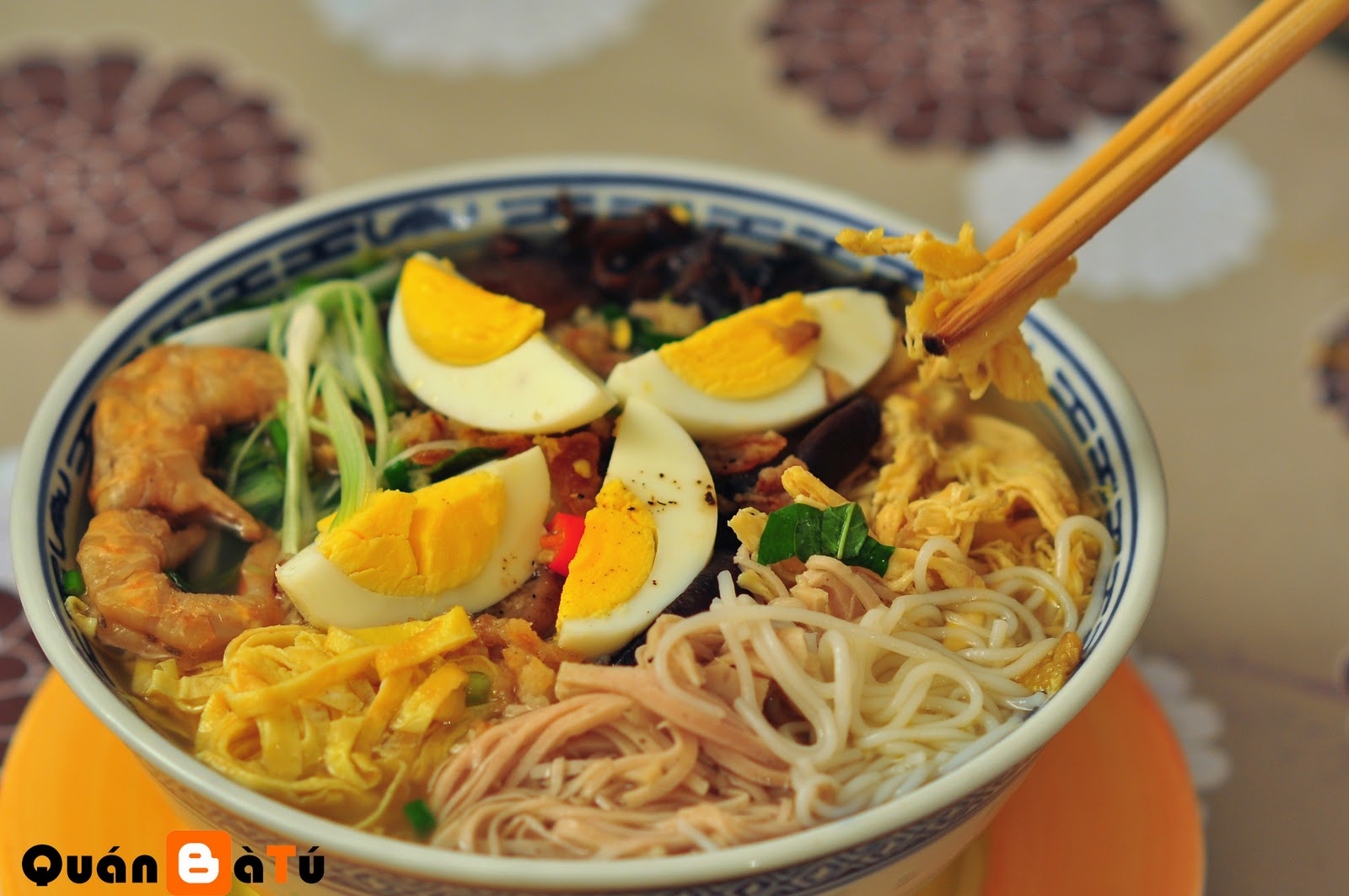 The vermicelli used is a kind of soft yarn and quick watered with hot broth. A bowl of bun thang is attractive by thin omelette, pork rolls, white breast meat and crisp chicken’s skin.

Besides, additional ingredients are dried radish, mushrooms, scallions and chopped coriander leaves. The clear hot broth is stewed from chicken bones and prawns, then poured into noodle bowl. Other seasons as: chili, garlic, pepper and particularly little shrimp sauce are added. We can say, the shrimp paste is hidden charm of this dish. Lack of the shrimp sauce, the bun thang’s essence has been significantly reduced.

However, along with the process of urban development, many people said that it is quite hard to find Bun Thang shops tasty as before. On the Old Quarter, there are many shops selling bun thang, but the aroma has been losing along the time.