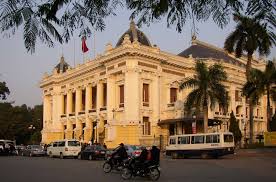 The Hanoi Opera House is an architectural serving performing arts and located on the August Revolution Square, near Trang Tien Street, Hoan Kiem Lake and not far from the Vietnam History Museum. It was erected by the French colonial administration between 1901 and 1911. It was modeled on the Palais Garnier, the older of Paris’s two opera houses, and is considered to be one of the architectural landmarks of Hanoi.

Right from completion, Hanoi Opera House has played an important role as one of major cultural centers of Hanoi capital where frequently performs cultural activities and art performances. The Opera House is the birthplace of drama, and honors the Vietnam theater, as well as the art form symphonic, choral, opera, traditional and modern Vietnamese dance productions.

With a reputation, architectural beauty, the location in the city center and lower rental rates than other locations because of a part of state subsidies, the Opera House is an ideal venue for art performance in Hanoi. From the figures show only 17 in 2000, to early 2010, the Hanoi Opera House performed an average of 400 performances each year, welcomed more than 140 foreign art troupes. The rental rate is applied according the Ministry of Culture, Sports and Tourism, with priority given to the performances of folk art and traditional music. 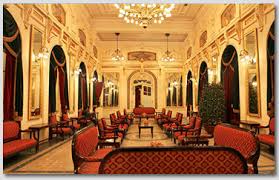