Passing the sunny road and immense green rice fields in tow side to get to Nom village, visitors seem to step into a peaceful and ancient space of several hundred years ago. 200 Year Old Village Near Hanoi. 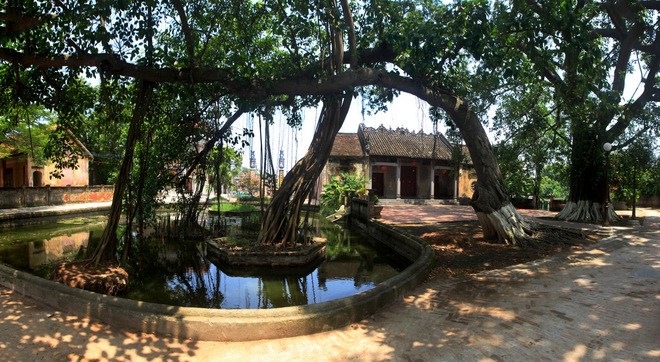 30 km away from Hanoi to the east, the Nom village- the old village of Van Lam district, Hung Yen province still retains the ancient beauty. The center of the village is a beautiful architectural complex consisting of common house, an ancient well and banyan tree, the typical feature of the northern villages. 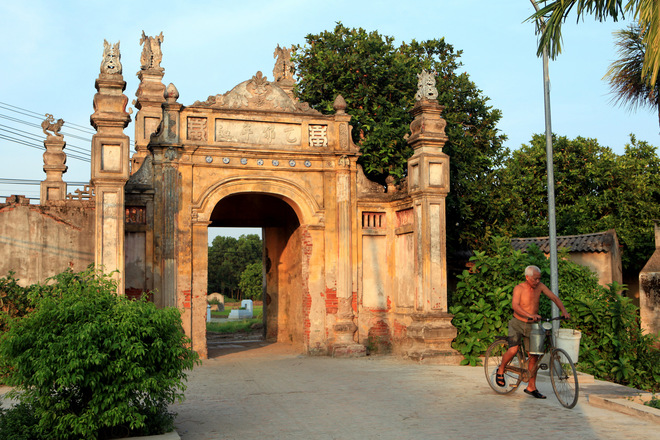 The superficial gateway was built over 200 years ago with four square columns that were finely carved. After the gate, the Nom village appears exactly like what one has to imagine about an ancient Vietnamese village. 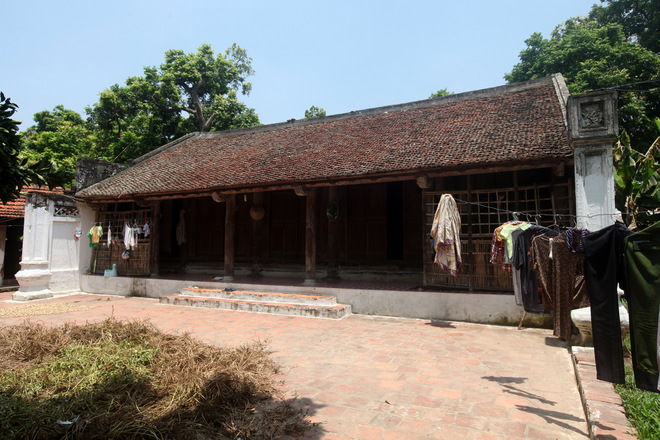 A house has an age of 200 years. It was setting of movie “Thang Cuoi” and some comedy movies in Tet holiday. 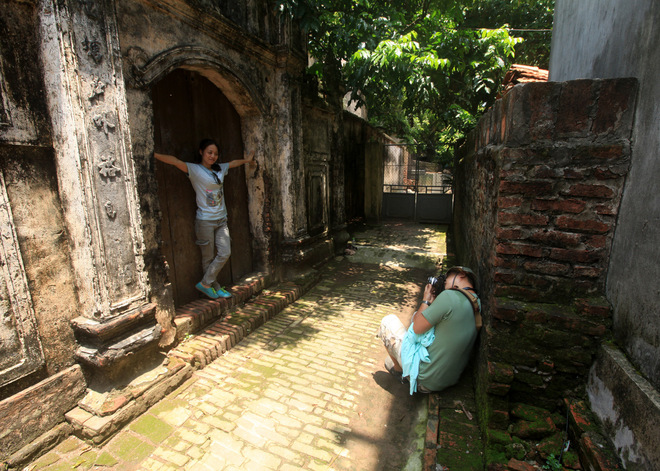 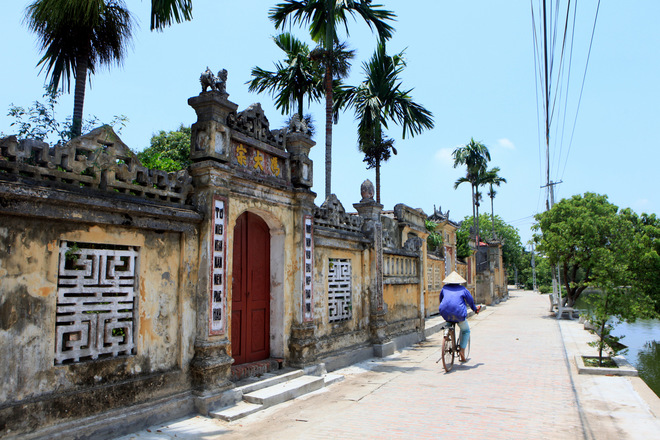 The impressive thing in the Nom village is the simple and sincere way of life of villagers. All is remained unchanged and little affected by the “whirlwind” of urbanization. 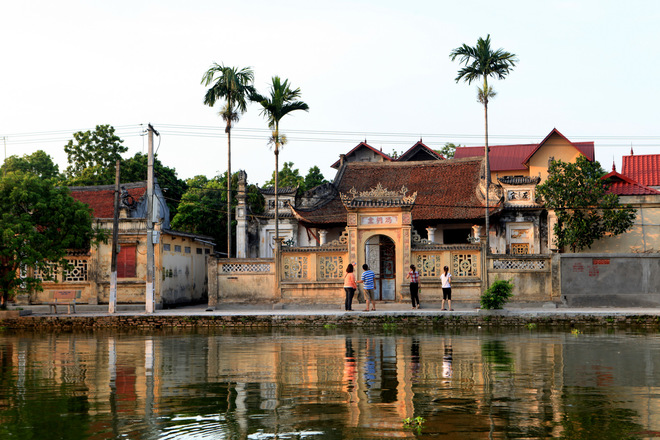 Two lakesides are palm trees in front of old houses and churches with ancient architecture. 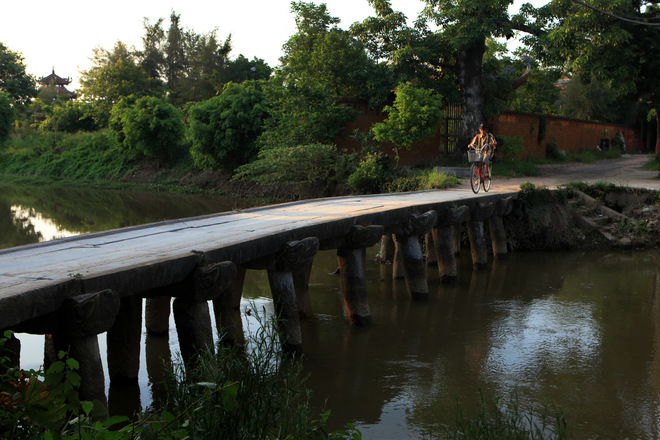 Nom Bridge heads to the temple of the same name crossing the Cai River. This is the only remaining stone bridge in Hung Yen province. The bridge is about 2m wide with 9 spans and it becomes a part of the village. 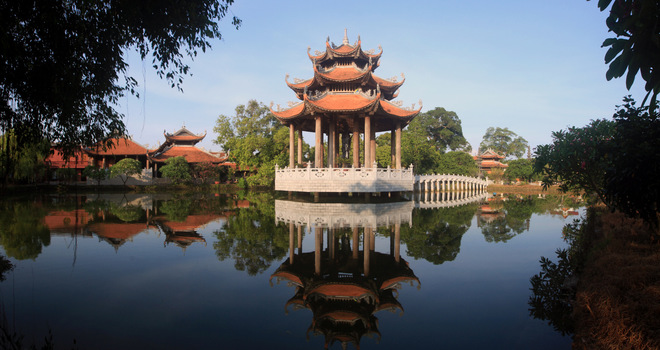 The Nom temple is one of Lam Te Zen sect. No one remembers the exact date of its establishment. On two large steles here, the temple was rebuilt in 1680 and renovated several times afterwards. 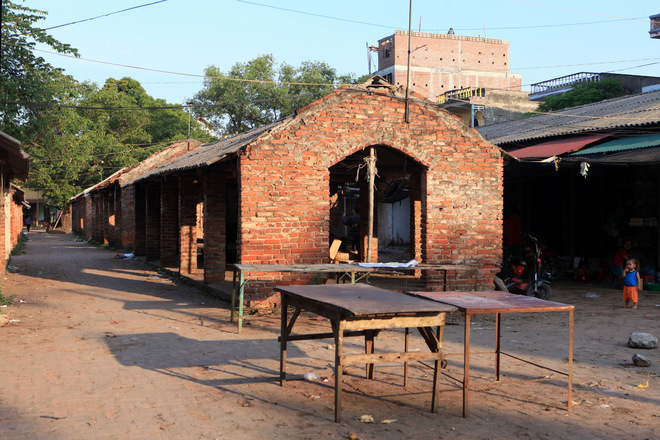 Nom Market is located in the northeast. The market is organized 12 times per month on days with the end of number 1, 4, 6, and 9. In the past, the market was a central regulator a village trading copper. 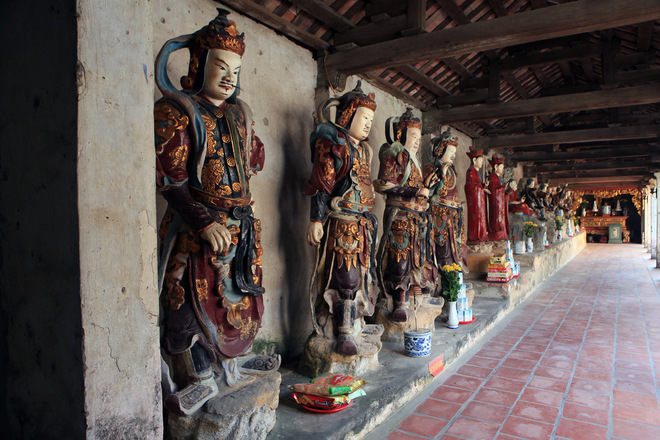 The Nom temple is described with the architectural tradition. The most special thing is more than 100 statues preserved in the Nom village. Through ups and downs of the history and major floods, such these statues still maintain the original beauty.