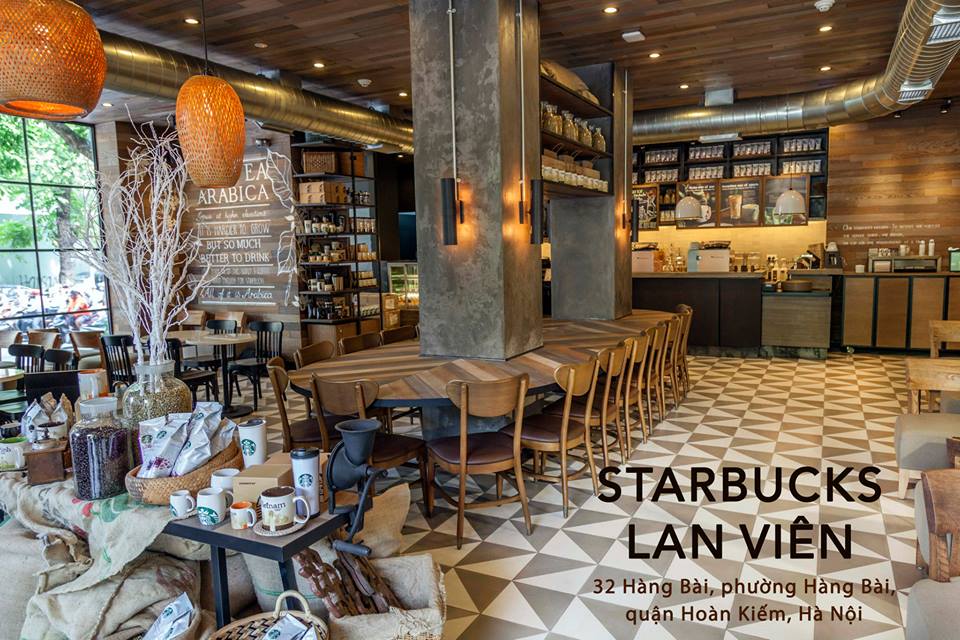 Just in the last 10 days of July, Starbucks has opened three stores at three “dreamy” positions in turn where a lot of brands of coffee desire to own, but whether the debut of Starbucks at this time continues creating a new fever or not?

Surely, you still remember the story of Starbucks one year ago in Saigon. In opening day, Starbucks created a big bang when there were hundreds of young teens in long queues for hours under the sun just to be the first to buy, take pictures and check in with the coffee cups of green mermaid. Even then a somewhat gloomy story of Starbucks when the remaining stores in turn appeared quietly, but when it comes to Starbucks in Vietnam, people still remember the image that was put into the “myth “. 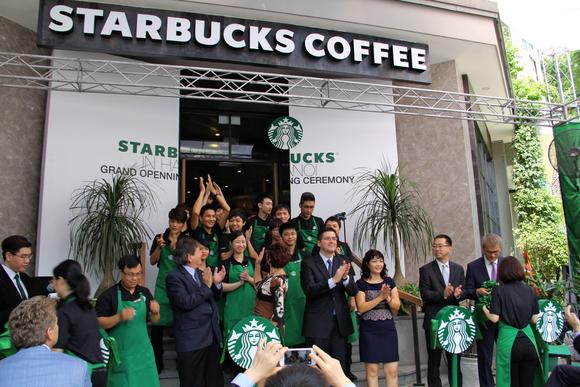 After a short quiet time, recently, Starbucks once again appears much on newspaper articles and social networks about attacking Hanoi with 3 stores at 3 “gold” streets of the capital.

–  No. 59A, Ly Thai To street (opposite Sofitel Legend Metropole Hanoi)

All three of these streets are located in major streets of Hanoi center, surrounded by a high concentration of offices, commercial centers, schools and amusement parks where youth often gather and foreign visitors often go through. With this prime location, Starbucks will partly create imprints for its customers.