Ba Dinh Square is the largest square in Vietnam, located on Hung Vuong street and in front of Ho Chi Minh Mausoleum. The place has witnessed many important events of Vietnamese people. In particular, on September 2, 1945, at the Square, President Ho Chi Minh read out loud the Declaration of Independence giving birth to the Democratic Republic of Vietnam. 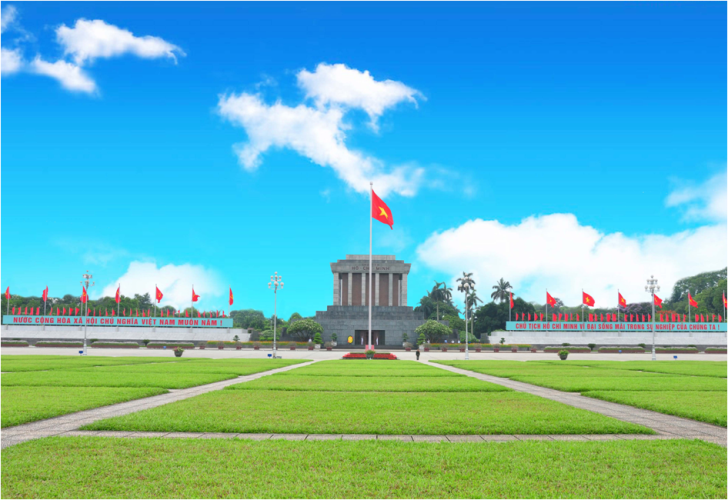 Ba Dinh Square is named after the Ba Đình Uprising, an anti-French rebellion that occurred in Vietnam in 1886–1887 as part of the Cần Vương movement. When Ho Chi Minh died, the granite Ho Chi Minh Mausoleum was built here to display his embalmed body. It remains a major site of tourism and pilgrimage.

In August 1945, the general uprising won the government to the people and the Vietnamese people won the victory completely. The August Revolution succeeded in breaking the bondage of thousands of years of feudalism, eliminating the yoke of French colonialism and fascist Japanese. This event made Vietnam become the owner of the country, decided their destiny of their nation under the leadership of the Party and President Ho Chi Minh. 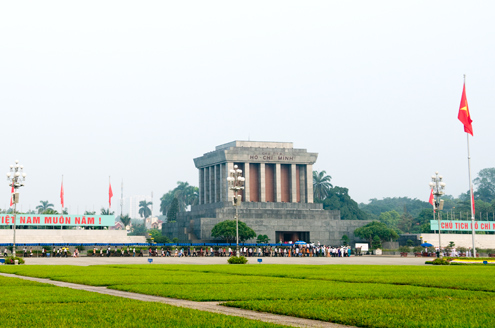 On September 2, 1945, every street in the capital of Hanoi was full of flags, flowers and slogans to celebrate the unique event of the nation. Those who had the opportunity to witness the sacred moment of history will not forget the atmosphere, the context of Ba Dinh Square on Independence Day that year. A sea of ​​people standing in the square was radiant, joyful, excited and could not wait for the moment when the leader readed the Declaration of Independence giving birth to the Democratic Republic of Vietnam. 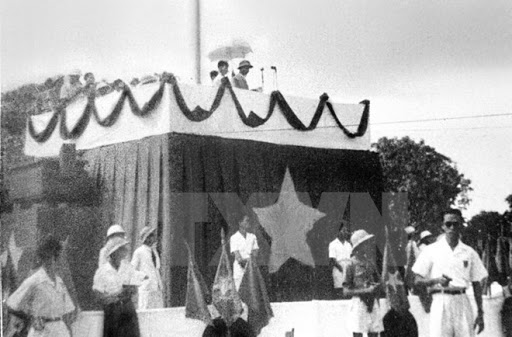 At 2:00 pm, President Ho Chi Minh stepped onto the stage as President of the Provisional Government.

Ba Dinh Square today has a campus with a length of 320m and a width of 100m, with many large grass plots, alternating with a 1.4m wide walkway. In the middle of the square is a 25m high flagpole. Ba Dinh became a sacred land with never fade historical marks, and existing spiritual structures: Ho Chi Minh Mausoleum, Monument to the Heroes of the Martyrs. Ba Dinh Square is also a place to visit for local people and tourists. 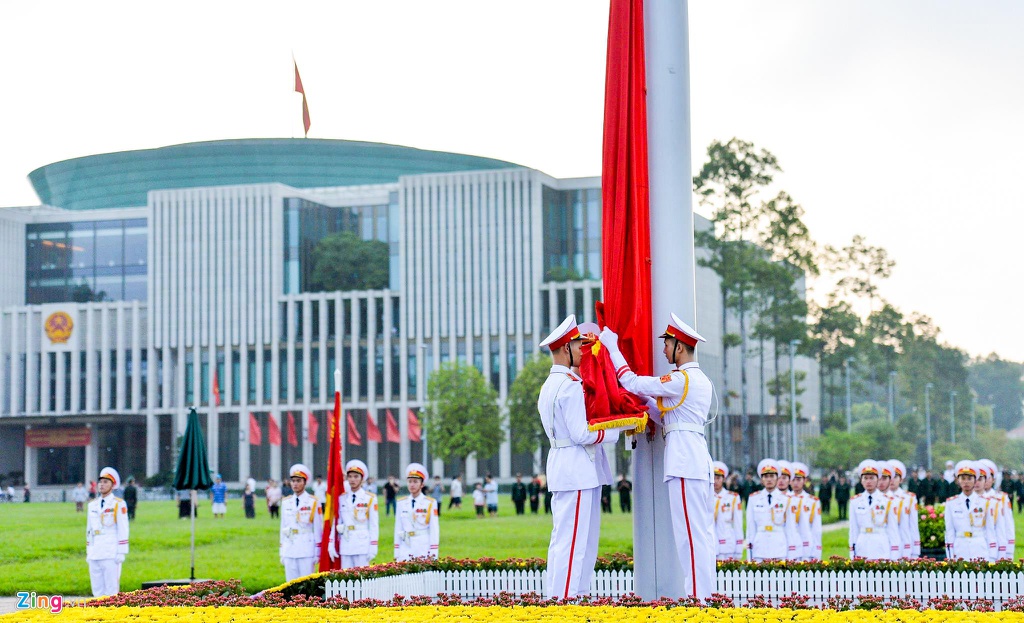 The flag raising and lowering ceremony at Ba Dinh Square

Due to its significant historical value, Ba Dinh Square is the best place to visit in Vietnam on the National Independence Day. For more information about Asia package tours, you can visit our website. Share and like this article if you find it useful.