Located at the beginning of Hang Manh street, bun cha Dac Kim is the familiar address for local people and one of the top recommended for foreign tourists. At the hight time guests even have to sit on sidewalk because the place itself does not have enough capacity. The business was originated in 1965 and passed to  next generations. This place serve Bun Cha made from fresh and high quality ingredients, also their recipe does work very well so dispite the cramped space, its has gained a huge number of loyal customers. 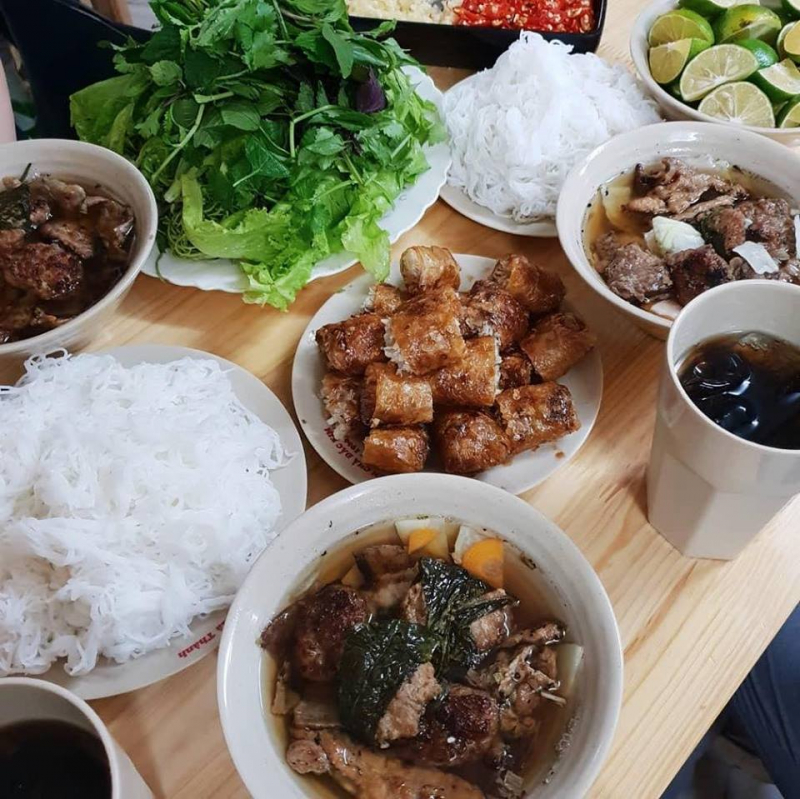 As commented by most guests, Bun cha Tuyet in Hang Than slope has extremely delicious Cha with stable quality. The way they decorate a set of Bun Cha is quite eye-catching with ingredients put on a clean tray. The price is also quite reasonable.  is the destination that most of eaters will agree that its cha is really delicious and the quality is stable. Beside, they also serve Bun Nem (Nem is deep-fried srping roll) but it is usually sold out soon. 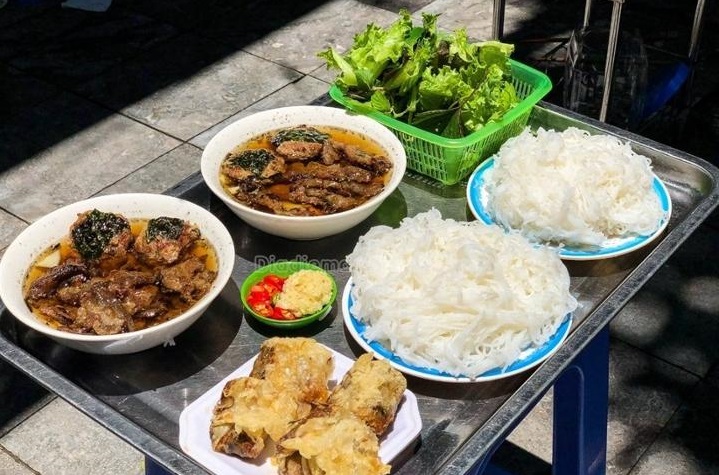 A favorite address know by gourmets. This Bun Cha stall has special recipe using sugar sauce for grill porked that creates dark color and special tasty grilled pork. This flavor could make eaters remember it easily and help the owner earn lots of loyal customers. However, they only sell Bun Cha in the morning and a part of afternoon beginning. They usually close at around 2PM so make sure you’re on time if you plan to try Bun Cha at this place. 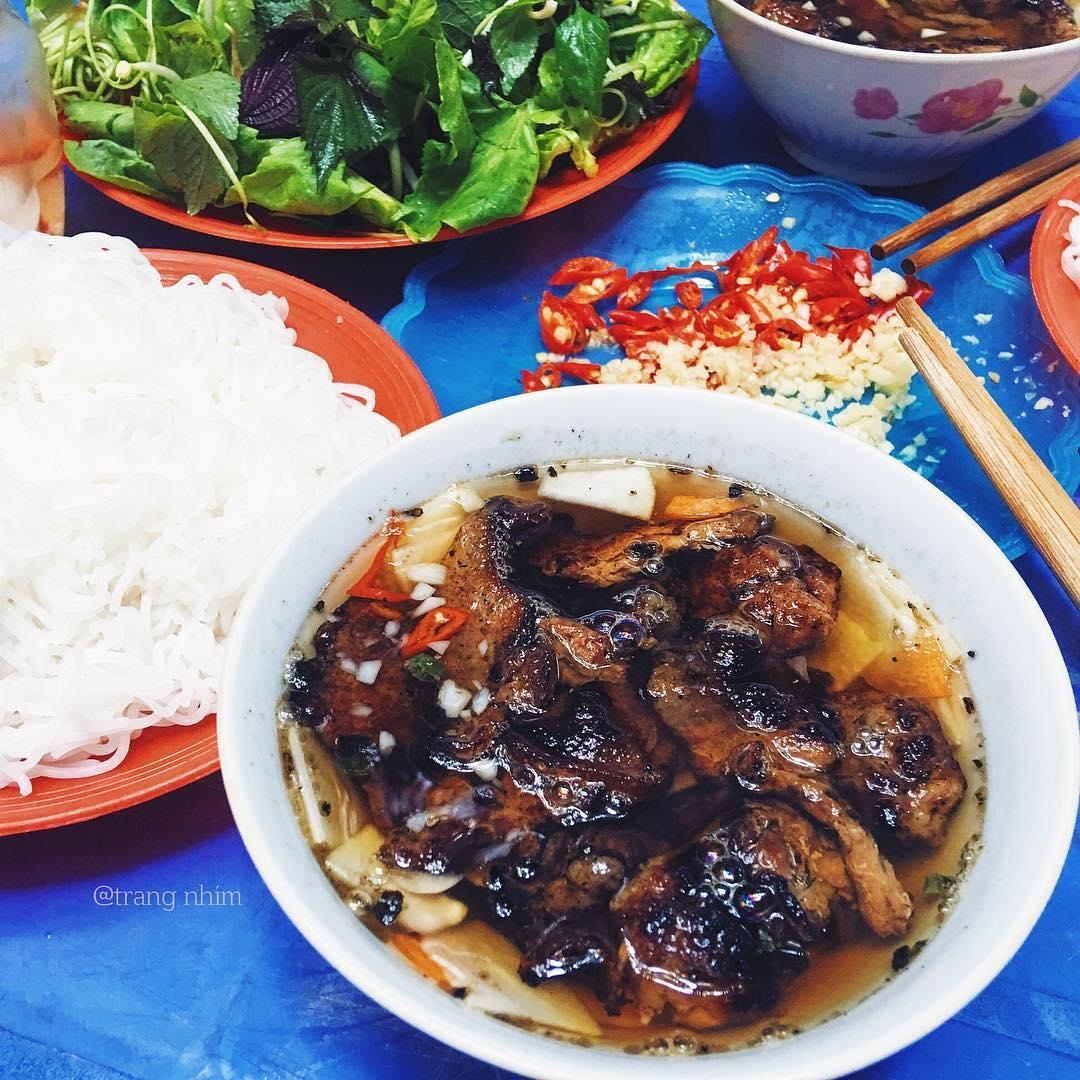 A very special bun cha with the specialty created by flavor and waiting time that eaters have to spend. The stall only open for a very short time from around 2Pm to 3:30PM so it requires lots of patience to taste Bun Cha here. However, the waiting is worth, if you’re patient enough to wait for your turn, you will not regret trying Bun Cha at 213 Bach Mai. 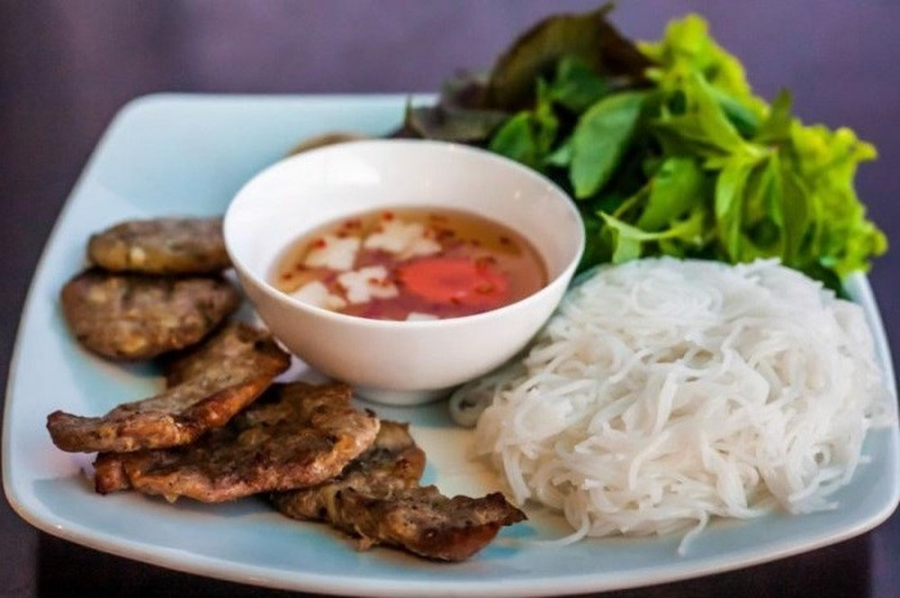 A very famous spot in recent years after Obama picked this address for his dinner on his visit to Vietnam in 2016. Also because of the reason, it now has an unofficial name called Bun Cha Obama. Actually, this stall has been a well-known destination in local gourmet community. However, serving dinner for Obama is a hit pushing it up to the top famous Bun Cha place in the eyes of foreign tourists, especially American. This place has quite fine infrastructure compared to the stalls serving same dishes. 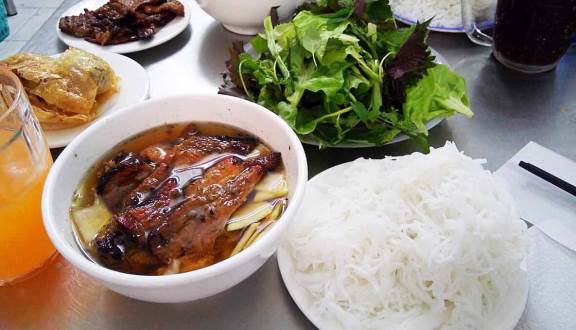