Hanoi is a small city that hides countless of amazing things that can charm even the most seasoned tourists. The hustle and bustle of Vietnam’s capital city is entangled with hidden sites of peace and serenity. One such treasure is Hanoi’s ancient Temple of Literature, Vietnam’s first national university.

Nestled behind a walled compound with five separate courtyards, the Temple of Literature was built under the Ly dynasty in 1070 to honour Confucius and made Vietnam’s Imperial Academy shortly after, a prestigious school for top academics. Today, the temple honours Vietnam’s finest scholars and signifies the beginning of a uniform educational system in Vietnam. 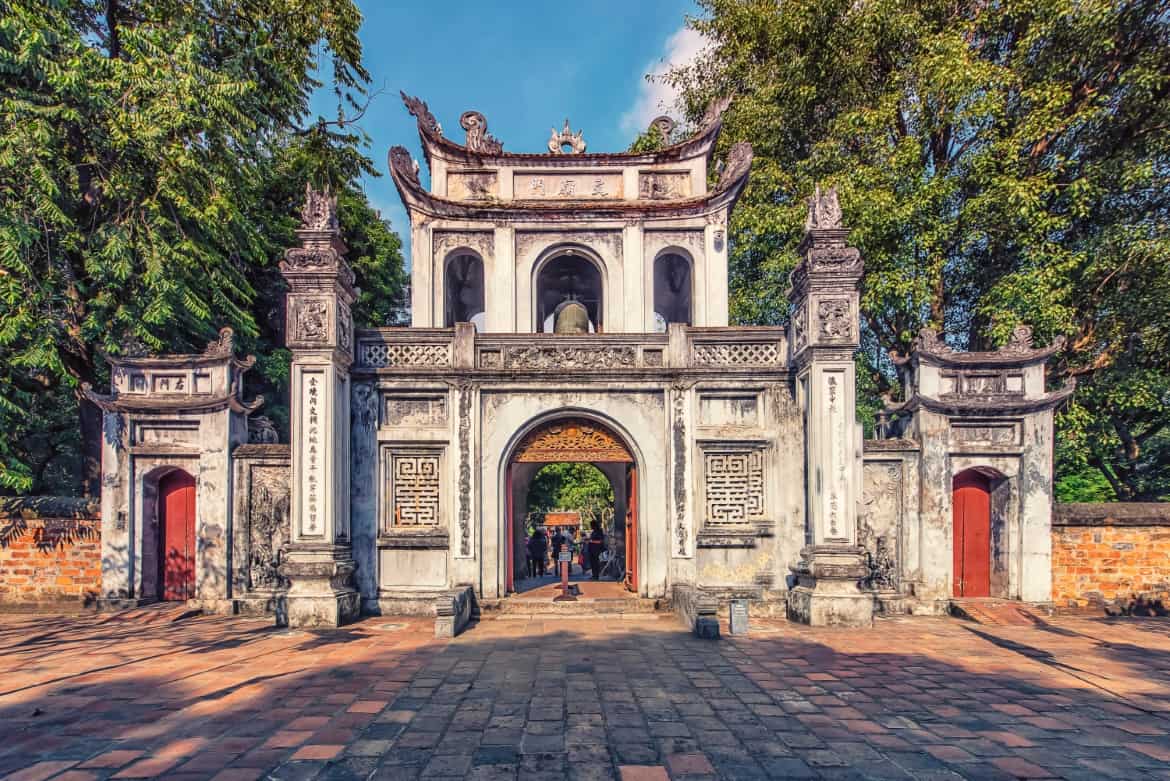 Entrance of the Temple

The Temple of Literature is divided into five courtyards. The first two courtyards are where scholars relaxed under the large trees and manicured lawns. The second courtyard is famous of the Khue Van Cac pavilion. The wooden, red pavilion is built on four white stone columns and has an elaborate roof with two circular windows and a brass bell. The bell is only rung on auspicious occasions. 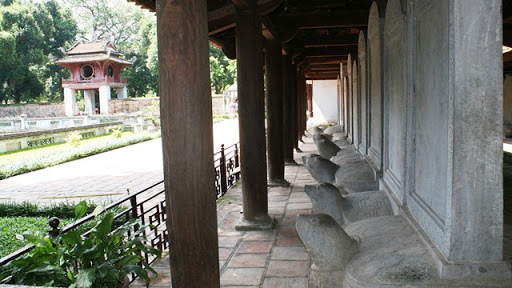 The remaining three courtyards are also of great significance. The third courtyard hosts the Thien Quang well, with two large halls on either side that house the treasured Stelae of Doctors. The Stelae are turtle statues, carved out of blue stone, that have the names and birthplaces of all 1307 graduates from 82 separate Royal examinations. It is believed that rugging turtles’ head before exam will give students good luck but it’s already banned to preserve the turtles. 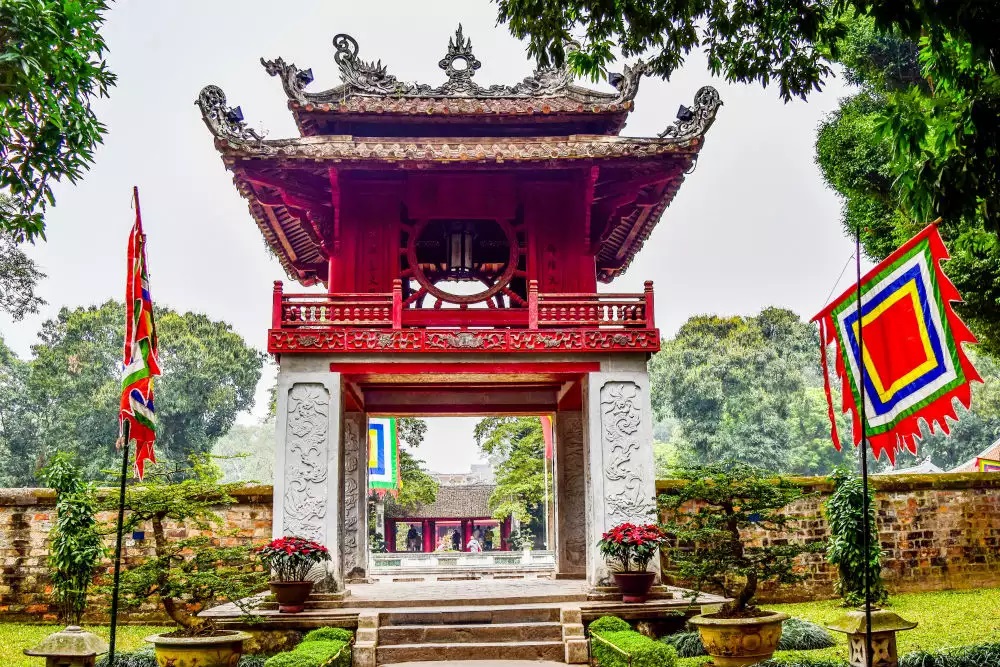 The fifth courtyard, was built in 1076 when King Ly Nhan Tong ordered the construction of an imperial academy, this is where the actual academy is located, . Today, there are several exhibits here with a statue of Chu Van An, one of the Academy’s rectors and a beloved figure in Vietnamese history for his dedication to teaching. There are also numerous cultural events held at the hall in this courtyard, as well as displays of old uniforms that the scholars wore while studying there.

The bells at the Temple of Literature, similar to others across Vietnam, were only permitted to be rung by monks. 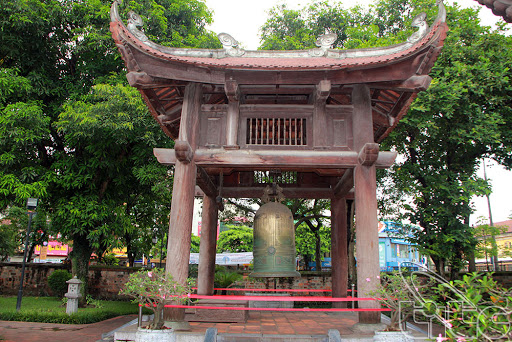